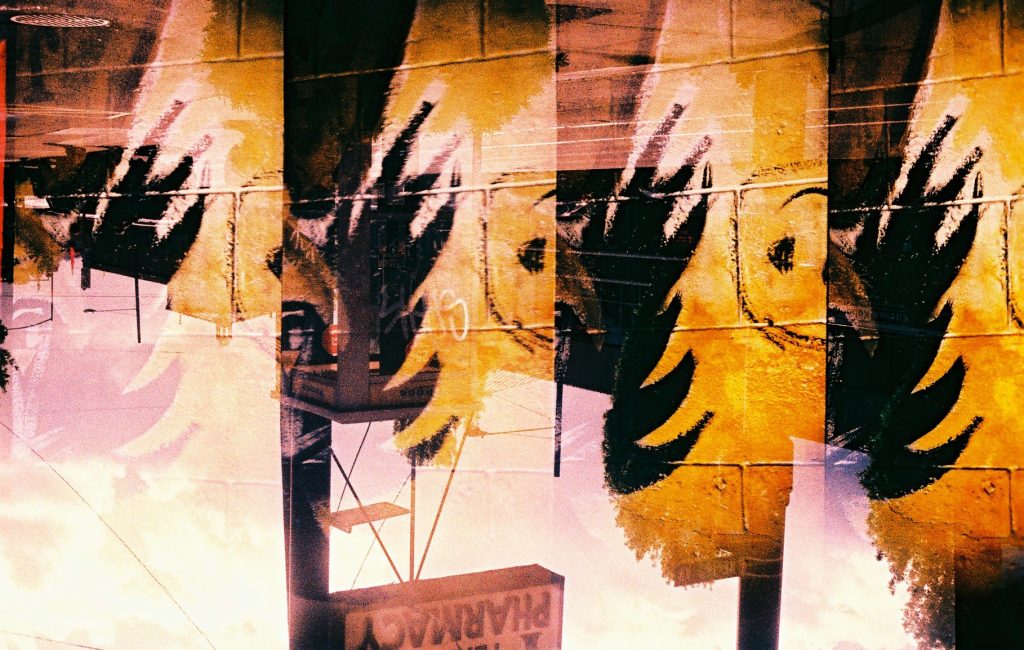 Riding motorcycle somewhere and it just stops, I’m behind a post office and call USAA for help but really I need to move the bike, they don’t show but an employee of USPS and kid who is a neighbor show. Ross also shows up to help. We take bike to a hotel to wait for the USAA insurance guy, hotel is in mall.

I’m a Student in apartment where friend comes over for some books and potpourri, brings a shot that I take half of, cinnamon whiskey. A woman shows up who’s supposed to be my Mom but is tall, blonde and beautiful. She’s mean to me, gives me a wedgie for cussing, makes rude comments. I try to stand up for myself and attempt to get even but can’t catch her and she laughs at my struggle and anger. She does some exercises on a machine because she’s recovering from surgery on her stomach. She’s been trying a year and it has not helped, she’s doing it too hard and fast. I go back into my now empty apartment and try to do some gymnastics stuff on bungee straps hanging from the ceiling but their too long and a just end up on the floor.

Finally the USAA guy shows and I go to get the bike with a girl I know, maybe Jiorji, and the bike is gone. I go back up front to tell them (in mall) then return to look for it, I decide it hasn’t left the hotel area and start busting down doors and see it in a room with some guys standing next to it. Don’t think I do anything else, just find it.

Walking through the mall with some people, step on a spoon and it hits me in the face, I pick up some large red spoons with holes in them and try to walk while looking through the holes. Make it to a room and have to wait outside for some reason so I sit  on the ground and start looking at shoes in a pile. I find sandals with a solar powered clock on the back and some girly boot heelies which I’m excited about and use, impressing everyone and I do slides and wheelies.