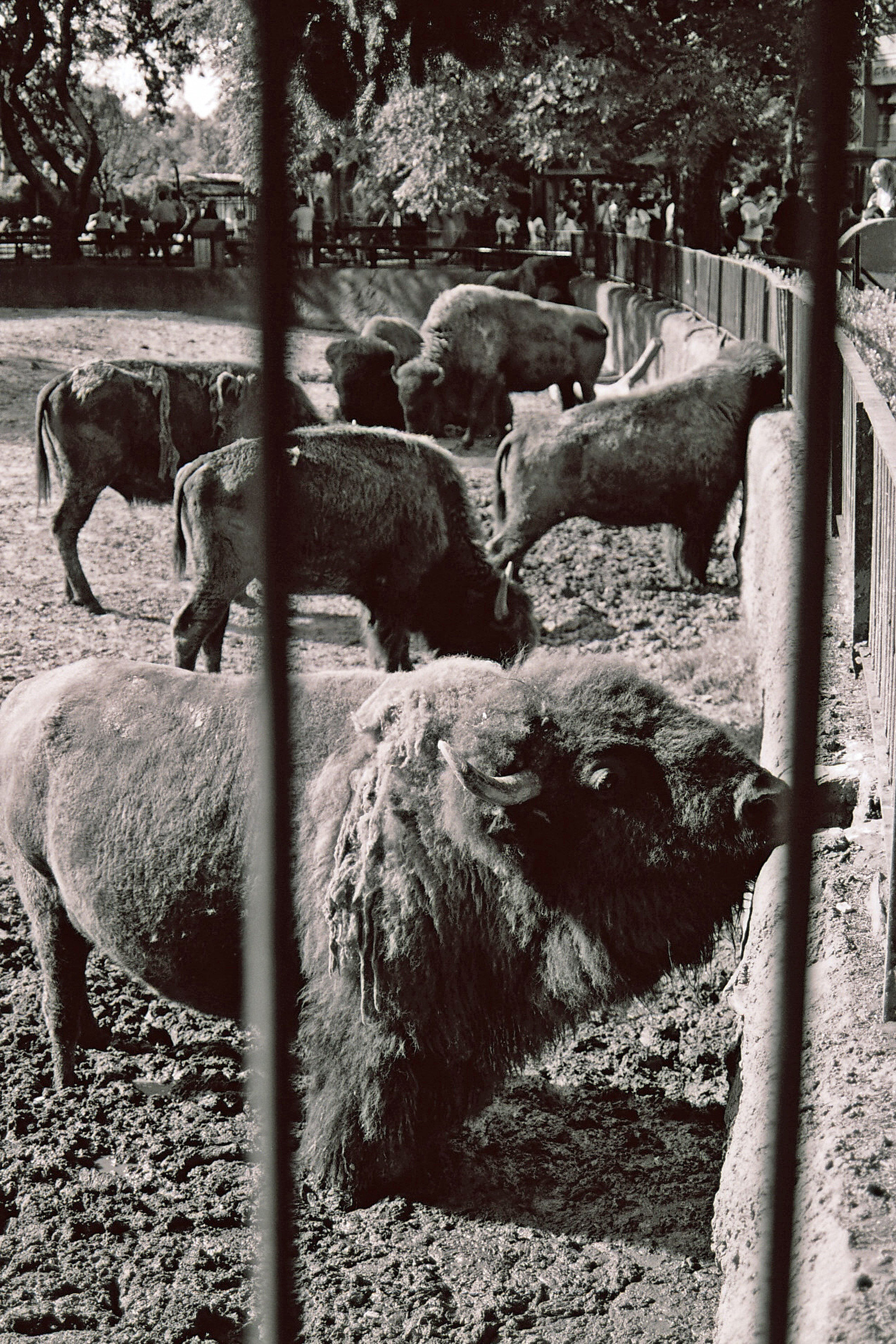 There was a classified paper or website with a photo of three bison or “beefalo” for sale. I knew I had to buy them or they’d be purchased for food. I called the woman on video chat and she was in a large room on stage in front of a crowd, preaching or selling something, along with a man. She seemed scammy. Even though she answered she didn’t look at me, just kept on talking. I tried to talk to her but she hung up on me. I called back and she was very evasive.

For a good part of the dream I was a mail carrier, it was all packages but I was delivering them to small boxes indoors, like PO boxes. I had a hard time matching up the addresses with the boxes, some packages were opened and I had contents loose in my mail bag, mostly socks and gloves. I was afraid to check back in with work until I had figured out whose items these were but couldn’t find the correct boxes or addresses anywhere.

I end up at some grocery store in the deli section stressing out about what to do. Someone tells me to just keep at it, so the next day I take packages to a large compound that houses hundreds of really poor families. The children are terrors and are trying to get into the packages before I can put them in their mail boxes, some have managed to open a couple packages that had food in them and the boxes were torn open and empty. The addresses were hard to figure out, roman numerals some times or hard to read, like drawn in charcoal. I’m still very slow at it and trying to fight off the kids. I woke being reminded of this kid who threw firecrackers at me when I was an icecream driver in a cushman (3 wheeled motorcycle). He wouldn’t stop so I pushed his hand away and he freaked out “you can’t touch me!” and I said “well you can’t blow your firecrackers up in my face”. His parents just watched from the porch and didn’t give a shit. I tried to drive away and the kid and some friends who were watching jumped on my cushman’s freezer box on the back and were trying to tip me over. I was going fairly slow, trying to get them to give up but we got all the way to a park down the street when 2 men in the park saw and ran over to chase them off. Then, maybe worse than the kids, the men didn’t even look at me or say anything, just walked away. Thanks, I think?… that lovely memory kept me awake for an hour or so. It was like a memory of getting mugged, which I have a few times as well (for ice cream, a camera and unsuccessfully).

photo: Bison in a zoo in Buenos Aires, Argentina. 10+ bison in less than an acre of space. So sad.

Published: 2 years ago
Previous: Throwing People’s Stuff Away
Next: Evolution