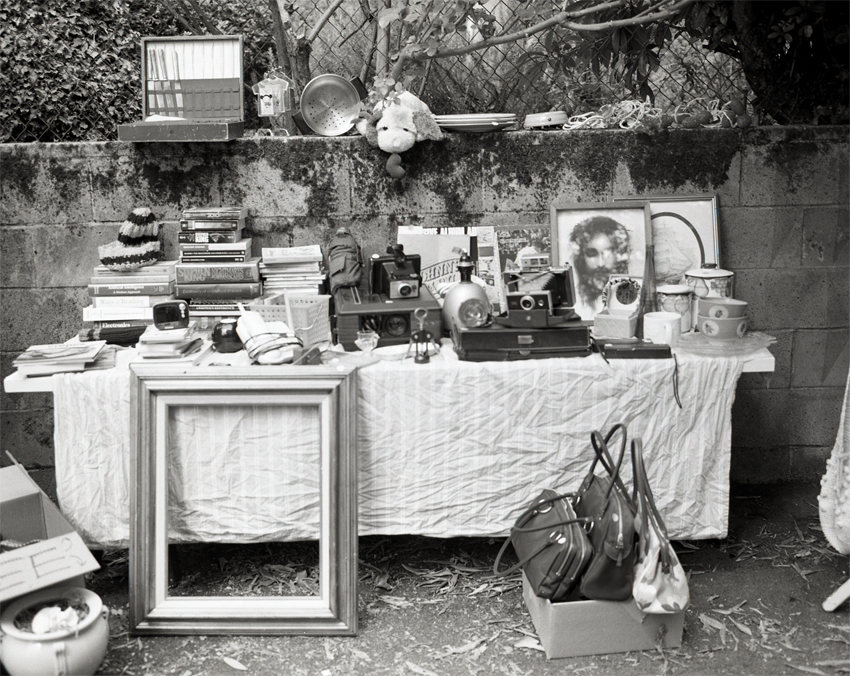 So, Sunday I spent the afternoon helping my aunt and uncle sort through my mother’s things, abandoned in her basement, into piles of what should be thrown away, what should be donated and what I might want. I didn’t really want anything but there were some dishes and a diffuser, a fan, and some family photos. It’s not that my mother is dead, they just didn’t want her things anymore after she’s been gone with no contact for nearly a year.

I couldn’t offer any alternative. I’m not going to pay for a storage unit and I have no use for most of it. I took 3 boxes of DVDs and VHS tapes for my friend, otherwise my aunt wasn’t even going to donate them, just toss them. There are some ok ones in there, we found 3. The rest will get a new eternal life with my friend’s vintage media center setup.

There were a few things that I recognized from my childhood even, but most everything was useless, newish or junk. She loves to shop and has abandoned her possessions many times in her life, often just taking what will fit in her Jeep – which my aunt and uncle also sold. I think it’s all great. They never had any reason to store her things for her. She stayed with them for months not paying them a dime from her generous SSI check and barely said thanks. The last interaction they had was my mother threatening to pee in her shed if my aunt. who was on vacation at Glacier, didn’t let her in the house to sleep there.

To be fair, my mother was a pretty bad Fentenol addict by then and not being especially manageable. She had left a care facility of her own accord, when she actually had 30 days until she was evicted, and showed up at a hotel wanting me to pay the weekly rate for who knows how long. I could not afford that. I paid for a night and sent her an email for a women’s shelter in the area. I didn’t hear from her again for a while but found out she ended up in Spokane in a homeless shelter, then hospital, then train station, then she somehow got a ride an hour back out to my aunt and uncle’s place so she could live in her Jeep, and subsequently threatened to defile my aunts shed. It was a very frustrating time. She couldn’t physically stay with us due to needing a scooter and/or walker to get around, she was being rude and nasty to everyone who didn’t reward her for her foolish mistake of leaving the care facility early without provocation. On facebook she went on a rant about her family being ‘fake christians’ and ‘sheeple’.  Not referring to me with the former, as I’m an atheist (*distant gasps*), but sure, I’m a sheeple if you like.

She was evicted for numerous reasons from the care facility. She demanded all sorts of special attention, wanted her clothing washed twice a day in the least, argued about paying rent (a state mandated amount) and worst of all, she wrote blank checks that her roommate gave her to use for snacks – as a favor while she was already there. My mother had been filling the checks out for $50 and keeping the change – for who knows what. These places provide everything you need except maybe some medication costs, of which she gets to keep $100 a month to pay that with. Her roommate soon after died. That pissed me off, she died knowing that someone she thought was her friend was stealing from her.

After all the following incidents, she was eventually put into a new place, who knows how she got herself to the top of the waiting lists. She had already screwed up 3 facilities by now. She was there just a few days before she was at the hospital nearly every day to get a pain injection. They had taken her off Fentenol without warning – which I don’t understand because that sounds dangerous. A week into the stay, she cut her leg so badly, on purpose, that it was considered a suicide attempt. The hospital called me to come get her, telling me that if I didn’t she’d be out on the street. I not only didn’t have a place for her to go but didn’t appreciate the threat and guilt trip. I told the woman, “She abandoned me as a teenager, I don’t think I owe her anything. I’m not qualified to help her with her needs, and she can’t get into our RV anyway”. I found out later that they can’t just throw patients out on the street anyway, the woman had lied to make me feel bad. The care facility refused to take her back (place #4) and she was taken by a policeman to a state run mental facility half a state away.

She wrote me while she was there, a lot, like 21 letters full of absolutely nothing. We were traveling around so I didn’t get them for over a month. Then, I ended up sending her late Christmas present to the wrong place because she told me she’d be in a new place by then, then, when I wrote her back, she had already moved on to another state facility. Over this time my therapist was a big help, helping me be less of a mess worrying about her and eventually helping me cut off contact entirely. Which I’m still struggling to do. Having a relationship with her is hard work and stressful, and due to our awful past, I will probably always feel uncomfortable around her. My plan is usually to have a few beers before I even see her and try to keep her busy so she doesn’t start talking about the past. She doesn’t talk about it in a way that’s productive, just things like “I wasn’t really sure who your real dad was until you were born. there was a blonde guy who could have been the father” – I was born blonde and the guy she always told me was my dad had black hair and darkish skin – so I think she got that wrong, thanks mom. I seriously don’t need bombshells like that – every – damn – time – we – see – each other. She is incapable of reconciling with the past, she is a self convinced liar and remembers things very differently. I tried to talk to her once and she told me “well, I went to therapy and I dealt with it so I’m fine… you’ll have to get over it” something like that, instead of “I’m really sorry for how I treated you kids, I admit I was irresponsible etc etc”, anything. My whole childhood was a lot of “you’re fine, get over it”. So I almost never cried or complained, and certainly didn’t depend on her to be there for me, and she obliged.

Divvying up her things, like she’s dead, was weird, but she will be in facilities from now on, either for mental reasons or her physical disabilities, and she could have contacted my aunt months and months ago, apologized, and sorted something out, but she did not. It’s really hard to go on with our lives and get comfortable, maybe even settle down in the area. I’ve spent the last 15 years worrying about her showing up at my doorstep – her and my sister, because they have. I don’t want to be like them, I don’t want to feel guilty for doing well or being comfortable – them both making me feel like Ross and I have so much we should give extra to them. “I don’t have anything to lend you” – “could Ross pay for it?”.. “no.” – that I can say no to. I won’t drag Ross into this mess that I need to learn to control myself. All helping them would ever do is enable them to keep it up, and make us miserable in the process, so the consequence is that they might resent me – which I’m trying to be ok with. “No you can’t even know where I live, seriously, because I know you’ll just show up on the front lawn” – is the level of no I have to be able to tell them.